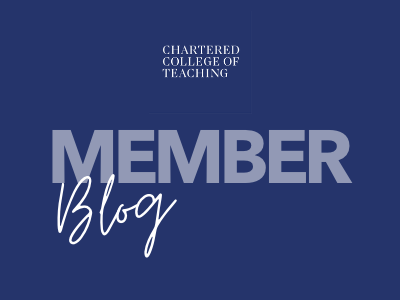 Long ago when I had a proper job, I was often asked to give a ‘keynote’ to groups of teachers at the start of what were – and in some places still are – called ‘Baker Days’, which are those ‘occasional days’ usually with a CPD focus taken at the discretion of the school.

My brief from the headteacher, or one of the deputies delegated to organise the event, was almost invariably something along the lines of ‘We need inspiration. Remind us why we came into teaching in the first place. Talk about what makes good teaching and cheer us up’.

So I would start with a reflection about teaching written by the Victorian Edward Thring, the first advocate of initial education and teacher training courses who had begun his teaching career in what were called ‘hedge’ schools, in his case in the back streets of Gloucester, before going on to become the founder of Uppingham School:

‘There I found the secret of St Augustine’s golden key which though it be of gold, is useless unless it fits the wards of the lock. And I found the wards I had to fit – the minds of those little street boys; very baffling and tortuous they were too. So, I had to cut and chip myself into the shape of a wooden key which should have the one merit of a key, however common it might look, the merit of unlocking the mind and opening the shut chambers of the heart.’

(It is worth adding that in those days, before the Education Endowment Foundation’s research-informed toolkits, it was essential to use evidence as far in the past as you could manage in order not to be labelled progressive and part of Michael Gove’s struggle with ‘The Blob’!)

I would then argue, in my ‘Baker Day’ presentations, that the essence of teaching was to try to work on children’s self-esteem along with high expectations. I would run through illustrations of how good teachers did both as they cleverly created a climate for each and every child which would dispose them to learn successfully. (I have always thought that the best teachers work out how they will succeed with the trickiest minds in the class rather than simply teach to the average).

Of course, I am hopelessly out of date, but I am beginning to wonder if years of central direction from Ofsted and the DfE, which mainly affects how the system is run, is now seriously poisoning what goes on in the classroom. Mick Waters and I have recently written a book, About Our Schools: Improving on Previous Best, for which we interviewed 14 secretaries of state for education and four ministers of state for schools, plus a host of other people in the schooling system. We came up with a range of recommendations to bring us nearer to unlocking the minds of all, not just some of our pupils. Key to all of that is first and foremost good teachers with creative minds who are respected and are always full to the brim with intellectual curiosity. Too many politicians and central officials and inspectors think they know best. For example, Nick Gibb, the recently departed long-serving Minister – and the only person ‘too busy’ to talk to us – is on record as saying that teachers prefer it if politicians decide both what is taught and how it is taught. Have views and actions like his, together with the fierce accountability system of test and exam scores and Ofsted inspections, frightened some schools and teachers into believing that all they must do is ‘deliver’ (a word which should be banned from pedagogical discourse) a lesson plan prescribed in minute detail, where everybody ‘sings from the same song sheet’? Is there no room, therefore, for acting on intuition or getting the right mix of the subtle differences in the affective and cognitive domains of the thirty children in the classroom?

Somebody recently sent me a copy of one of my ‘Baker Day’ overhead transparencies (OHT)  – yes, it was that long ago – which outlined 20 things good teachers instinctively do each day from the cheerful ‘good morning’, even when they personally have had a terrible start to the day, through spotting and talking to the ‘invisible pupil’, nicking the odd crisp from the pupils in the playground, confessing to a private interest, finding something that they are better at than you and of course, remembering their tutor group members’ birthdays. The second OHT outlined an equally familiar range of ideas about how teachers work on expectation – from regularly ‘phoning a friend’ (imaginary of course), effortlessly mastering the familiar four orders of questioning which their pupils use as much as they do, through to encouraging ipsative and formative rather than normative and comparative assessment of their pupils’ work. And of course, occasionally, telling good and relevant stories as the development of the lesson suggests would be appropriate.

I attended a conference of heads the other day and they were preoccupied with what the relatively new Ofsted framework required: and copious notes were taken of the two presenters who had got ‘outstanding’ from their recent inspections. Every department had shown ‘intent’ ‘implementation’ and ‘impact’ and every lesson had followed an identical pattern. It left me slightly depressed and wondering, does too much consistency become the enemy of pedagogical creativity?

Members receive a 30% discount off Tim Brighouse and Mick Waters’ book, as well as all Crown House Publications. Click here to find out more.

Your email address will not be published. Required fields are marked *