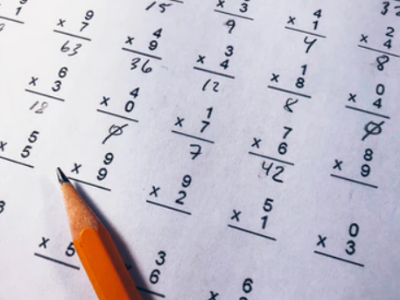 Teachers are split on Ofqual’s proposed approach for awarding grades this year. The poll by the Chartered College of Teaching, the professional body for teaching, of its members found that 41% of teachers agreed, while another 41% disagreed with the proposals in a closely balanced poll. The split, with the remaining 18% uncertain, highlights the challenges of reconciling competing priorities and designing a fair and robust system in such a short amount of time.

As part of the poll, Chartered College members were asked about their biggest concerns in Ofqual’s proposals, consistency, teacher trust and blame, and added workload all being raised as concerns:

Lack of clarity over proposals

Members highlighted that there is still a lack of clarity over what exactly is being proposed and what this means in reality for teachers. There was also concern about the nature of the “mini exams” and how and whether these differed in any beneficial way from actual exams, or whether they simply increased the burden and accountability on teachers.

Over a third of teachers mentioned consistency and fairness as the main issue in the proposed approach. This included substantial concerns about the consistency of how grades are arrived at, with the moderation and standardisation processes adopted specifically highlighted by a large number of respondents. Concerns about fairness included that access to teaching and learning has been so uneven. Some noted that pupil motivation to engage with learning had also dropped since the announcement that exams would be cancelled, leading to further concerns about the learning that would take place.

Concerns about lack of time were the second most common response. Teachers were concerned about the workload implications of having to carry out and manage complex assessment processes on top of all the current pressures. Many noted that there seemed to be an expectation that teachers would mark externally-set assessments, in essence doing marking that would usually be done by paid exam markers. Many suggested that this would inevitably affect the time being spent on teaching and learning. Teachers also mentioned wanting the assessment to happen as late as possible to enable pupils to have done as much learning as possible; there was concern that assessments were proposed to take place earlier than necessary in order to provide a long time for the appeals process.

A concern that was reported by a large number of respondents was that of the pressures and expectations that were being placed on teachers by expecting them to make these judgments on pupils’ grades in such a complex situation. A number of respondents expressed concerns about being pressured by pupils or parents to increase grades.

The value of centrally-set assessments was recognised by some respondents in terms of consistency. However, a number of concerns were also raised, including the different levels and areas of content coverage that would have taken place in different schools and the risk of cheating unless all of these assessments were sat at the same time across the country.

An issue, noted by some, was accurately assessing pupils, given limited data in some cases, due to how little pupils had been in class this year. In particular, this would be an issue for those who had poor attendance in online learning. The issue of knowing how independently work produced at home had been completed was also raised. Some teachers noted that some subjects would have greater difficulties than others in providing an accurate assessment in the current context for example practical subjects. A number of responses were also particularly concerned with providing evidence to justify their assessment.

“We welcome the ‘trust teachers not algorithms’ rhetoric, however, there is a definite concern that this sudden desire to trust teachers and hand over the process to them is a smokescreen which leads to the Government pointing the finger of blame at the profession come results day.

A key issue is ensuring not only that this year’s terminal assessment is fair but that everyone understands it to be transparent and clear. There can be no ducking of responsibility come August. Ofqual and DfE must stand by our profession.”