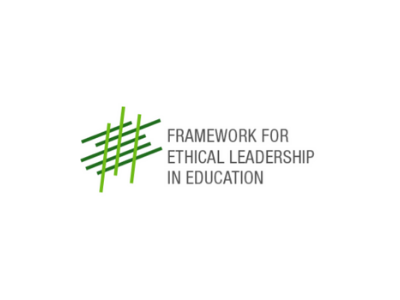 A year on, the Framework for Ethical Leadership in Education

When we began talking about an ethical leadership commission, we were not universally greeted with hearts and flowers. While most organisations were enthusiastic or at least polite, others responded with disquiet or even reluctance.

Some said – all heads act with moral purpose. You can rely on that and it’s insulting to assume otherwise. It’s outrageous.

Some said – drawing attention to ethics will undermine the system. People will think that heads can’t be trusted to know right from wrong. Leave it alone.

Some said – this is a smokescreen to divert the public’s attention from egregious wrongdoing, from pay or fraud. It’s not enough.

Some said – I can’t balance the budget or meet the accountability measures. My building’s falling down and I can’t get teachers. It’s not important.

These surprised me. ‘Moral purpose’ is very vague and talking about doing things right doesn’t mean that everyone’s doing it wrong. We’re not surprised that the Law Society has an ethical foundation, nor are we surprised that doctors are expected to sign up to ethical principles. We don’t assume that their codes’ existence means those professions are characterised by malpractice. We thought that a self-directed profession should hold ourselves to similar standards.

So why was it important to start work on ethical leadership in education?

English institutions develop through custom and practice. We claim a long history so we allow processes to emerge over time, adjusting as needed. We have liked understatement and tacit agreement of assumed values. While our precedents are detailed and specific, they are developmental rather than codified: until proved otherwise we assume that people of goodwill know what they are doing and why.

I’m not sure this works for schools or has ever worked for children. Education is too important to leave alone and hope for the best. We need skilled professionals, highly educated people of goodwill to do it right, to balance the right of the state to evaluate provision with the need of the child for a fully-rounded experience of school so they may achieve personally and recognise a model of the good society.

Despite our commitment to education, we don’t talk about this very much, preferring to discuss the practicalities of structures and outcomes. Important as they are I believe we need a serious debate in England about the fundamental purpose of schools. If we knew the answer to the question ‘what are schools for?’ then we’d be more likely to view development calmly, holistically, clearly and in the long term and less likely to make the kind of mistakes – I characterise for effect and example – that trade children’s mental health for school accountability measures. We’d be less likely to end up with meaningless questions and false dichotomies: is a school better if it achieves highly, or if it is happy? If it is inclusive, or if it is exclusive? Because we’re not clear about what we value, we end up valuing what we can measure (and measure cheaply). The discourse around schooling becomes unbalanced.

If we could agree, for example, that schools are where society looks after its young until they are old enough to take on the mantle of adult citizenship, then we might also agree that society needs schools to help generate both the knowledge and personal attributes that build up a just and sustainable democracy. We want our children to be well educated, sure – but we also want them to be kind, honest, fair, civil-minded and so on.  If we knew what schools are for then we would know more about what we expect of school leaders, their role in society and how they work with young people on all of our behalf.

We could say that in looking after the nations’ young, school leaders are the model and the repository of everyone’s best hopes for the future. So, as teachers and role models, our professional conduct should be beyond reproach, part of the service we offer society. Bluntly, a parent might not understand the structure of a multi-academy trust or a local authority, or the arcane nature of current achievement measures, but they should feel confident that every leader will run their school to a good standard while teaching and modelling the values of the good society.

The Ethical Leadership Commission, leaving this larger discussion aside, looked closely and specifically at the kind of values and virtues that make up a good society. We sought to devise some language that would make it easier for school leaders to talk about this plainly, normally and without embarrassment. We wanted colleagues bogged down by accountability, achievement, budgets and behaviour to think about the very fundamentals of their work. We wanted them to think about the values and virtues society needs to be alive in all our children so that we may all look forward to a just, honest and kind future.

So what have we achieved?

We felt that the tide of measurability was turning and hoped that our work and proposals would contribute to a more nuanced assessment of the professional skills required for school leadership, a better understanding of the purpose of schooling and the limits of structural reform. In that report, we committed ourselves to three actions.

First, we would promote the use of the Framework’s language. This has been magnificently achieved through the Pathfinder programme promoted and managed by the National Governance Association. Over 300 schools and trusts have adopted the framework and have used or adapted the training materials we provide. Feedback has been universally positive, and we have heard from a variety of pathfinders through events such as the Pathfinder Ethics Exchange in July 2019, and at the Ethical Leadership Summit in January 2020. The pathfinder programme – which is time-limited until this summer – has been exceptionally successful in changing the way schools think and in supporting school leaders to reflect on the human principles underpinning their work.

Our second aim was that we would seek to work with government and other organisations to include the framework in training and development. This again has been very successful, from the 50 meetings we have spoken at in the last year to the inclusion of ethics in the review of the Headteacher Standards. We have hopes for the inclusion in NPQs!

Our third aim was to establish an ethics forum where tricky issues could be discussed. This has been harder to achieve. What we have done is to establish an ethics committee as part of the leadership development work of the Chartered College of Teaching. It is to the members of that committee I refer when I say ‘we’. They are the speakers and thinkers enabling colleagues to reflect on ethical issues.

Our committee benefits from wide expertise: we have primary, secondary and special school heads and CEOs, representatives of the virtual schools and the independent sector, academics, trainers, business managers, international colleagues (whose curiosity and support have been unwavering) and the unions.  We continue to be well-supported by the organisations who gave time so enthusiastically to the original commission.

With no money and no formal administrative support, we have continued to disseminate the Framework for Ethical Leadership in Education. The number of school leaders who have found our values and virtues to be support for their endeavours continues to grow. We have, I think, been instrumental in changing the way that people talk about education. We have demonstrated that the system can work independently and collaboratively to hold itself to account, reflect and improve itself.

School leaders are public intellectuals with advanced interpersonal skills and a liking for children. Despite that remarkable combination, we face difficult human dilemmas every day. The Framework for Ethical Leadership in Education helps us to solve them and truly understand that accountability is not enough; we have to do good.